1st’s Thwarted By The Weather

Saturday was another disappointing day due to the weather for the 1st’s, having bowled themselves into a promising position in this league clash against Wolvercote CC the rain then curtailed play leaving Westcott frustrated. 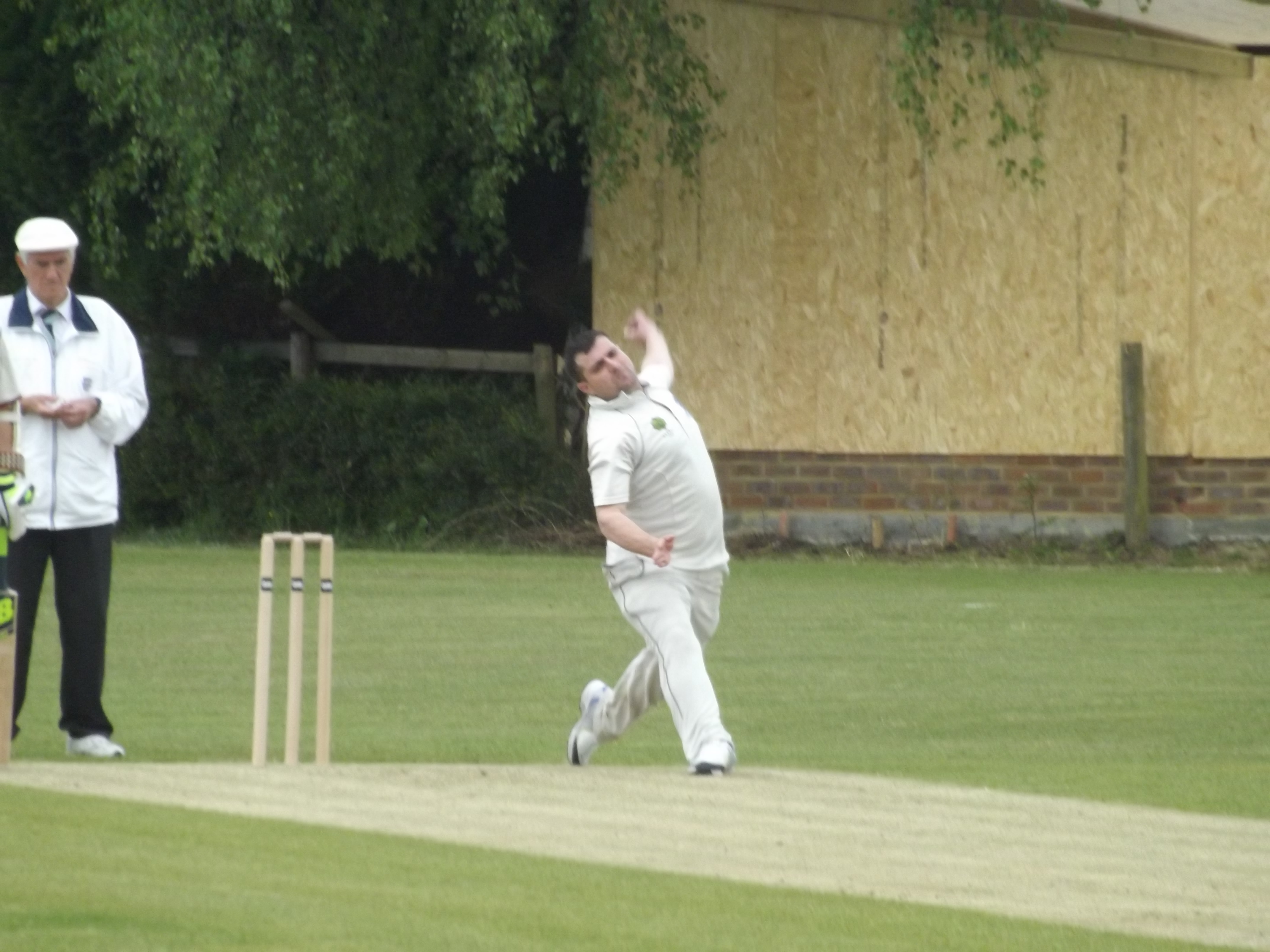 Mark won the toss & decided to insert the visitors hoping his bowlers could make early inroads into the Wolvercote batting line up & they didn’t let him down. The openers bowled nice early spells especially Rehman (23-2) (pictured above) & were followed by an inspired spell of bowling from Ali (18-3) (pictured below) & some nice tidy bowling from Tanveer (20-2) at the other end. The bowlers were backed up by some fine work in the field ensuring the Wolvercote batsmen could not get any momentum going. Wolvercote were losing wickets at regular intervals with only two of the top order reaching double figures before there no 9 (Brian George) came in playing some nice shots in  good a partnership with A.Gardiner-Morrison,  finishing on 22no. Gardiner-Morrison’s part in this lower order fightback was ended when Stanley was brought into the attack and first ball enticed the batsman (with a suspiciously high full toss)  to top edge the ball high into the air towards the boundary behind the wicket, it was high enough to allow Mark to run back & take a decent steepling catch to end Gardiner-Morrison’s stay at the wicket for 6 runs. With the rain getting steadily harder Stanley  had enough time to finish his over before the umpires decided enough was enough and took the players off with Wolvercote on 91-8, unfortunately the rain never looked like abating so the umpires abandoned the game with Westcotts only crumb of comfort being the 4 bonus bowling points they earned.

The 1st’s try again this Saturday( 19th May) away to Witney Swifts and will be hoping for better weather so they can get their season well and truly underway.